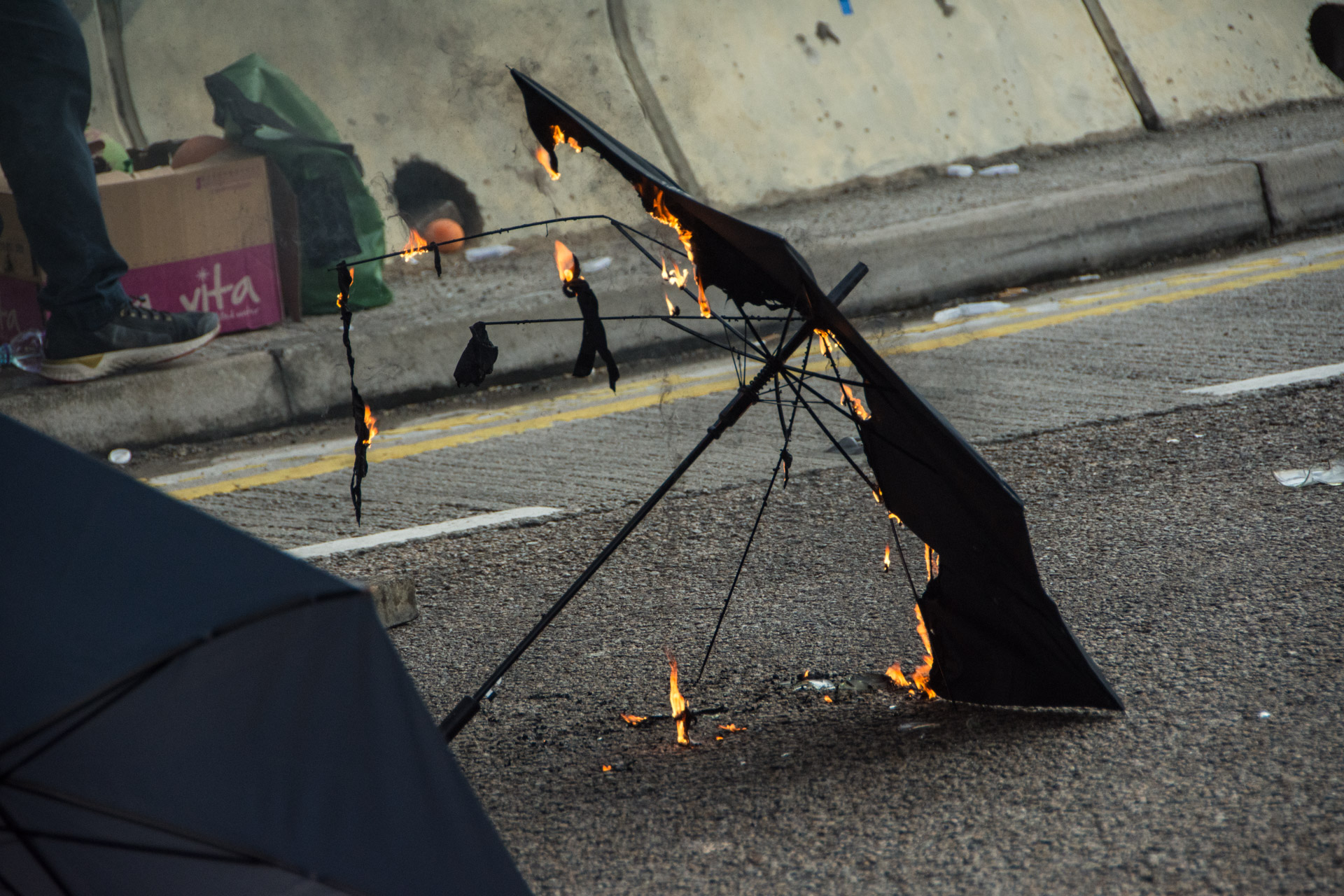 The criminalization of dissent in Hong Kong takes place within a global wave of national militarization and securitization.

Read this article in Chinese.

On Tuesday this week, national security laws that prohibit acts of secession, subversion, foreign interference, or terrorism in Hong Kong were passed unanimously by Beijing’s top officials. The laws have been marketed as a way to bring peace to Hong Kong and set the city back on track to reclaim its place as an economic powerhouse. But to anyone paying attention, its passage not only criminalizes dissent of all kinds but also marks the premature end of Hong Kong’s high degree of autonomy and the “One Country, Two Systems” agreement.

By bypassing both the Hong Kong legislature and judiciary with the implementation of such laws and possibly even introducing a Beijing-led enforcement agency to uphold them, it’s clear that President Xi Jinping has run out of patience for Hong Kong’s anti-establishment movement. Hong Kong lawmakers had not been privy to a single detail before the laws were passed (but this did not stop pro-Beijing politicians from expressing their support for the law).

This wide-ranging attack on Hongkongers’ ability to resist will only enable the Chinese Communist Party (CCP) to further breach Hong Kong’s Basic Law before 2047. Hong Kong protesters, who have tirelessly fought for the democracy that was once promised to them, now face even graver risks when taking to the streets. Although dissenters who are caught will not be extradited to the mainland, they will be subjected to Beijing’s opaque legal system locally, facing sentences in tiers of three, five, and ten year minimums. In the worst case, they will get put away for life.

This wide-ranging attack on Hongkongers’ ability to resist will only enable the Chinese Communist Party to further breach Hong Kong’s Basic Law before 2047.

The fear instilled by this law has already been an impediment to Hongkongers’ digital freedom. On Twitter, Hong Kong users have set their profiles to private. Many have even left the platform, deleting their profiles entirely out of fear of government retaliation. Those who have stuck around can’t help but question whether or not their online aliases will lead back to their real identities; every move is potentially subject to scrutiny and thus racked with uncertainty.

The effects of the law have already been clear among some of Hong Kong’s most prominent activists. Even before the law came into effect, Joshua Wong, Agnes Chow and Nathan Law, who all played leading roles in the 2014 Umbrella movement, quit the student-led political party Demosisto, which they founded in 2016.

Furthermore, the ongoing protests and the pandemic have also taken a heavy toll on China’s economic growth, which is unacceptable to Beijing. These new laws are Xi’s way to clear the path once more for stable and unfettered profit.

The passage of the national security laws also deals a sweeping blow to activists in the mainland who, for many decades (leading back to the time of Dr. Sun Yat Sen), have come to Hong Kong as a safe haven of dissent. Indeed, Hong Kong has had a long tradition in supporting labor and social justice movements in mainland China. Aside from being the site of the largest annual vigil for the Tiananmen Massacre of Beijing, the city has been the longtime home to organizations that advocate for and tirelessly document labor organizing in China, making it a crucial link between China’s labor movement and the rest of the world.

While we have yet to see how the national security laws will affect these organizations, the broadness of the law’s terms can easily frame their work as seditious, which immediately puts their operations at risk. According to the new laws, financial support can be considered seditious—or even terrorist—activity. This could mean cutting off the rest of the world from the struggles of mainland Chinese workers, arguably the largest single body of workers in the world who have served as the engine of cheap labor under global capitalism.

Indeed, severe repression from the CCP is not new to mainland dissenters. Detained without notice, jailed without a court hearing, and in some cases even tortured, labor organizers and social justice activists in mainland China have faced this kind of repression for years. While these laws may mark the end of Hong Kong as we know it, Hong Kong activists and protesters will have to accept that their fate is now closely intertwined with their mainland counterparts. Though more dangerous now than ever before, liberation will depend crucially on whether Hongkongers can internalize the anti-establishment struggles in mainland China as fundamentally their own.

This latest violation of Hong Kong’s political freedom is inextricably linked to these anti-establishment struggles around the world.

The criminalization of dissent in Hong Kong takes place within a larger wave of national militarization and securitization as protests and uprisings have swept across the globe in the past year and a half. The United States’ “War on Terror” has provided the blueprint for China’s “People’s War on Terror” and the mass detention and genocide of Uyghurs. This cooperation in global “anti-terror” is tightly interlaced with the inter-imperial exchange of security apparatuses as a way to ensure the uninterrupted exchange of commodities and generation of capital. In the Philippines, Singapore, Pakistan, and the United States, governments have used the ongoing pandemic, and the legitimate public unrest caused by the state’s failure to put an end to the systematic harm and destruction of Black and brown people’s lives, to shoehorn anti-protest legislation into law.

Whether it’s the resistance for national democracy in the Philippines, the Black Lives Matter movement in the United States, or the decades of labor activism in mainland China, this latest attack on Hong Kong’s political freedom is inextricably linked to these anti-establishment struggles around the world. While Hongkongers may now feel alone in a futile fight, it is important to operate transnationally, just as those in power do. To this end, one critical step is to recognize these global connections so that we can form the right coalitions with the right allies. Now is the time to exchange tactics of resistance—as Hongkongers have done recently with comrades in the United States—and to build collective power on the frontlines of labor and grassroots organizations, so that we can unite against state oppression everywhere, together.