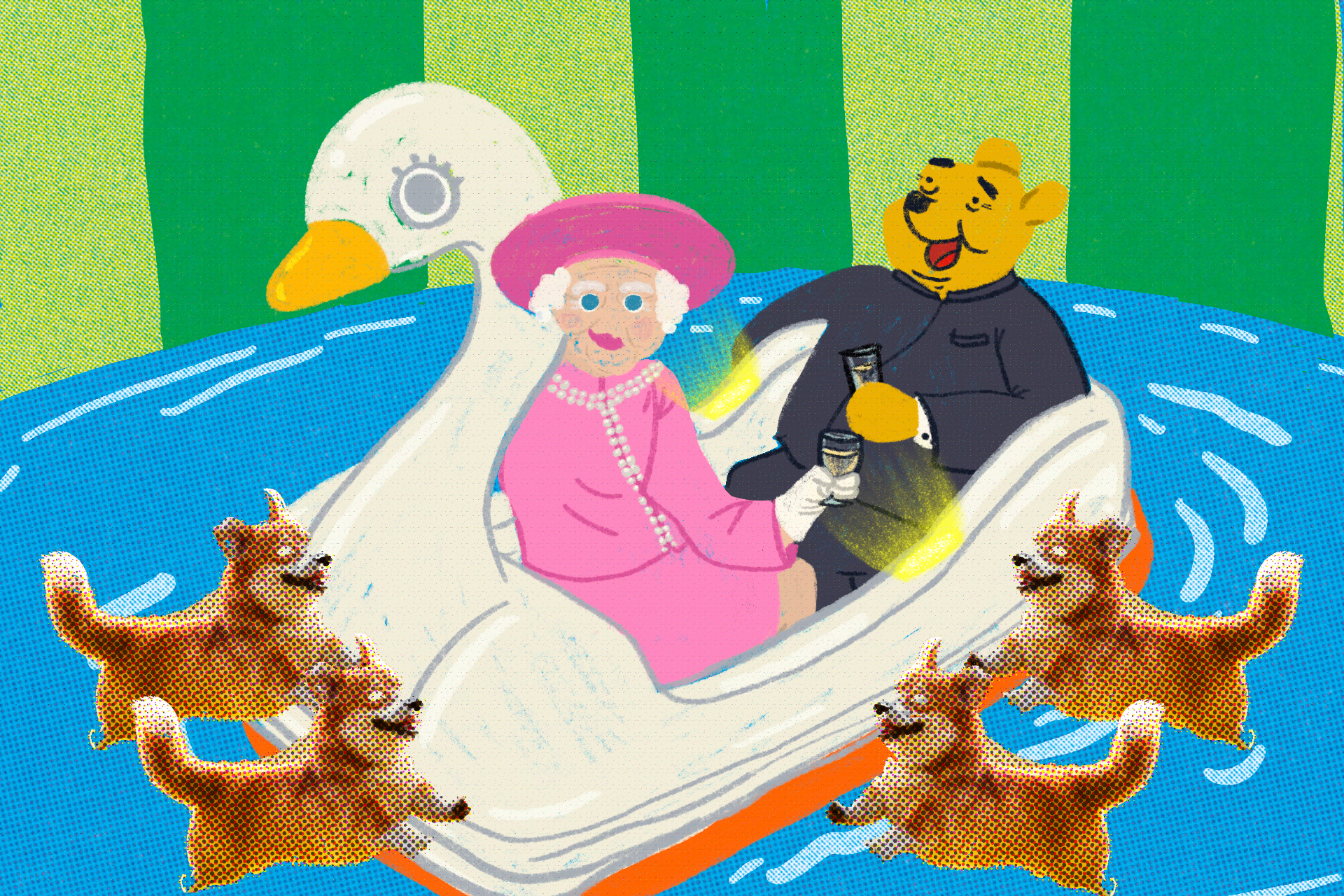 Queen Elizabeth was no friend to Hong Kong’s democratic struggle

In June of 1970, a short-lived group of left-wing activists from Hong Kong universities known as the ‘Republicans’ Student League’ published a scathing open letter through the anarchist publication 70s Biweekly directed at ‘Mrs. Elizabeth Alexandra Mary Windsor Mountbatten’, otherwise known as Queen Elizabeth II. The authors opposed monarchism as “artificially perpetuat[ing] medieval ideas of privilege,” and condemned the queen’s direct complicity in unleashing destructive military operations from Kenya to Cyprus. More specifically, it accused the queen of maintaining the colonial rule of Hong Kong, arguing that she  was content with Hongkongers “hav[ing] no say in things that vitally affect them for years to come.”

More than fifty years later, Hongkongers by and large remain excluded from basic democratic rights, and this time under a new sovereign. The death of Queen Elizabeth should remind Hongkongers that the lack of democracy in the city is an outgrowth of British colonial rule, not a consequence of its absence. Not only did the British Empire under Elizabeth’s reign fail to guarantee and expand democratic rights for Hong Kong until Christopher Patten’s eleventh-hour electoral reform, it also actively suppressed them—at times even in collusion with Beijing. There is no room for colonial nostalgia in Hong Kong’s struggle for democracy, especially as Beijing’s violations of Hongkongers’ civil liberties merely build upon the city’s institutional legacies inherited from its colonial past.

The British colonial regime persecuted grassroots activists throughout its occupation, from those aligned with China to the ones who were not. Hong Kong workers’ strikes in the 20th century were met with violent repression from government forces—using some of the exact same colonial laws still used by the Hong Kong government today to suppress protestors from the anti-extradition bill movement. Queen Elizabeth not only served as a symbol of colonial rule, but her prestige and image had even directly justified clampdowns on dissent in the city’s civil society. Three years before the queen’s much-lauded visit to Hong Kong in 1975, 70s Biweekly and various Hong Kong workers and university student activists, having just emerged from a movement against US and Japanese imperialism in the Diaoyutai islands, tried to organise a mass “anti-British” counter-rally and press conference in response to a celebration parade for Elizabeth’s 46th birthday. As South China Morning Post reports, they were suppressed by the Royal Hong Kong Police (RHKP) the night before the parade, with 11 organisers arrested, caught with handmade signs that read “Down with colonialism,” “Down with the colonial government,” and “Long X the Queen and Throw British and Foreigners out of Hongkong.” While the media and even some Hong Kong residents praised Queen Elizabeth’s visit in 1975, we must not forget that the British government suppressed anti-colonial dissent for such performative gestures to occur without incident. This repression influenced perceptions of public sympathy for the Queen and the colonial government and in turn obscured a much more complex legacy.

Additionally, there are clear echoes from Queen Elizabeth’s reign to today’s political situation in Hong Kong. Current Chief Executive John Lee’s willingness to publicly commemorate Elizabeth following her death by allowing the British consulate to open up to long queues for Hongkongers to offer condolences stands in sharp contrast to the impeding of acts of remembrance for police assaults on unarmed citizens in August 31, 2019. Despite Beijing’s militant rhetoric against “Western imperialism” in recent years, the government in Hong Kong has shown great admiration for the colonial institutions of such “imperialists.” Most of the police officers from the colonial regime stayed on past the Handover, even receiving military training from the British government up until 2020. Indeed, many in the higher echelons of the Hong Kong Police Force today—including Lee himself—were trained as RHKP officers. Colonial-era laws were repeatedly invoked by former Chief Executive Carrie Lam on protestors since 2019 and their use has only expanded since.

The British colonial regime, under pressure from Beijing and in line with its interests in maintaining financial interests and stability in Hong Kong, actively worked with China to undermine Hongkongers’ self-determination.

Even more directly, the British colonial regime, under pressure from Beijing and in line with its interests in maintaining financial interests and stability in Hong Kong, actively worked with China to undermine Hongkongers’ self-determination, even in its later years. While the British government had entertained the expansion of some political liberty via electoral reform in its late years, it had no intention in bring more economic liberty to Hongkongers—a crucial aspect of self-determination. While electoral reform became the defining subject of political debate in the years leading up to the Handover, the British and Chinese regimes agreed that Hongkongers’ collective economic liberties must be curtailed, such that corporations become further deregulated at the expense of the bargaining power of everyday Hongkongers. Upon the Handover, Beijing smoothly built upon and expanded the British’s privatization of Hong Kong public sectors. While pressure from Beijing did influence the British government’s decision to resist electoral reform, the government also ensured that full political and economic self-determination for Hongkongers was never on the table. In October 1987, the Hong Kong Survey Office manipulated public opinion surveys to make them artificially show that a majority of people opposed direct elections, which complemented Beijing loyalists and the conservative business elite bloc’s efforts to limit suffrage upon the Handover. In a protest calling out Beijing’s human rights abuses led by the left-wing April Fifth Action at the Xinhua News Agency in September 29th, 1989, the colonial police kettled and brutally beat activists, with a key political advisor to the Hong Kong governor later assuring Xinhua in a letter that the Hong Kong colonial government “has no intention of allowing Hong Kong to be used as a base for subversive activities against the People’s Republic of China.”

Were these all Queen Elizabeth’s personal fault? No, but the British’s system of constitutional monarchy intentionally makes it difficult to separate the personal authority of the monarch and the systemic abuses of British colonial rule. Further, the queen was a direct beneficiary of the largesse violently reaped from Britain’s colonial exploitation around the globe, reflected prominently even in the jewels she wears. In fact, her failure partly lies in what she did not do: refusing to even acknowledge, let alone advance policies to contain, her empire’s violence afflicted on colonised communities during the era of “decolonisation.” The British had more than a century to ensure Hongkongers’ right to self-determination, including liberation from unfettered market deregulation and authoritarian control. Instead, they stunted the attempts of almost every Hong Kong social movement to organise and institutionalise their democratic gains en masse, weakening Hongkongers’ capacity to effectively organise for generations and leaving us vulnerable to new forces of oppression today. Thus, the Queen is no symbol of Hong Kong’s former brilliance, but a reminder of how the lead up to Hong Kong’s political death today has been more subtle and gradual than a rapid series of blows by a single state. This history does not minimize the fact that Hong Kong has one clear oppressor today in the form of Beijing’s regime. But groups like 70s Biweekly and April Fifth Action, who are also staunchly against the CCP and Chinese nationalism, show us that neither is to be trusted and that Hongkongers’ self-determination must be centered. This offers an alternate perspective to the pro-unification leftists of the time whose opposition to colonialism was disconnected from a focus on strengthening Hongkongers’ basic democratic and collective rights—regardless of which regime in power.”

The repression that has accompanied this period of mourning for the queen reminds us that the British government would not hesitate to turn to its age-old authoritarian habits. This week, a woman in Edinburgh was arrested and charged for holding a sign calling for the abolition of the monarchy, while a climate activist in London was threatened with arrest for holding a blank sign in protest. Hongkongers should feel particularly disturbed by the latter, as the Hong Kong police had threatened to charge protestors for the same manner of protest within the first week of the national security laws’ passing in 2020. While it makes sense that Hongkongers have looked to the Queen’s remembrance, among other spaces and occasions, as crucial sites of covert resistance under authoritarianism, celebration of a colonial legacy that is continuous with the oppressive system today would be anathema to any conception of democratic struggle. If there should be any beacon for Hongkongers to look to in British society, it should not be the monarchy, but the generations of activists in Britain pushing for democratic rights against their oppressors—just as Hongkongers have done in our own capacity.

Grasping global imperialism at the root