In the world, we are part of a sweeping wave of resistance. We are never alone. 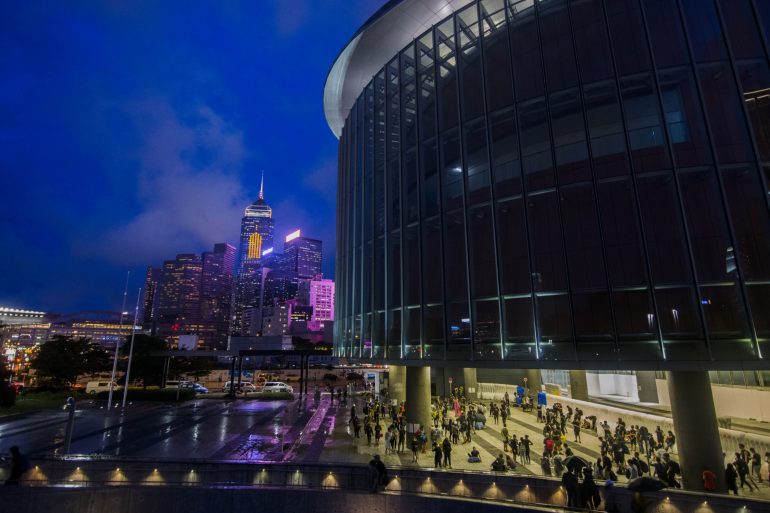 Our friend Leo is now in jail because of political repression. He seems to have expected this, and even thinks he is luckier than other comrades, who were arrested before him and given longer sentences. To friends who don’t know what happened before, here is the background:

As you know, last year there were many protests against the extradition law. Protesters usually wore masks to protect themselves from police arrests. In response, the government wanted to pass an emergency law to ban mask-wearing. At that time, people were concerned that the law would ban more than just masks, and would undermine the safety of protesters and the right to protest.

So, in October, people held a rally to protest against the emergency law. During that protest, Leo was arrested and the police found a telescopic stick in his bag. Leo was bailed out at that time. Last Tuesday (September 1), he went to court and the judge found him guilty of “possession of an offensive weapon” and sentenced him to jail for 4 months.

Let’s see what he thinks:

Now, prisons are used to imprison the good; as it is in Hong Kong, so it is in Catalonia; the same goes for Belarus, and for Thailand.

Compared to many activists of my generation, my imprisonment in 2020 is arguably “belated.” As for the younger activists with whom I have had the fortune to meet during the movement, perhaps this is the day I walk with them.

I have been luckier than many. Luckier than my younger comrades, who have been remanded one by one, with longer sentences hanging over them; than the nameless protesters exiled overseas with no date of return. The sacrifices of our comrades compel us to keep moving forward. The principle of “no retreat” (沒有退路) is not just a slogan.

This is an inevitable step on our journey to realise our promise to one another: to meet under the LegCo protest zone (煲底) as liberated bodies. We may fret about what there is now to be done, but we need not agonize over the inevitable.

On the streets, we have met brothers and sisters; in the world, we are part of a sweeping wave of resistance. We are never alone.